All Quiet on the Sheffield Front 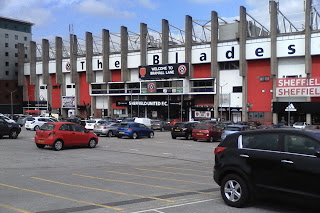 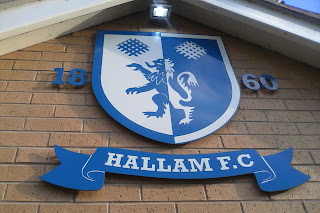 The devil is in the detail they say and for football clubs in Tier 3 areas that, sadly, means confirmation of no spectators at matches.

So in Sheffield this weekend, as expected, Sheffield United will host Leicester City on Sunday afternoon behind closed doors.

What has been a twist, given that the previous Tier 3 guidance allowed for supporters to attend games further down the pyramid, is that crowds are not now permitted below National League level.

That means Hallam FC will have to play Saturday’s FA Vase tie at home to AFC Blackpool with the front door to Sandygate firmly locked.

A strange situation in many ways as Hallam, along with hundreds of clubs around the country, had got their Covid-19 protocols firmly in place and were comfortably accommodating 300 spectators prior to the second lockdown.

Frustrating too, especially as those 300 people will be allowed to spend as much time as they like inside the Meadowhall shopping centre on Saturday afternoon.

The FA Vase itself risks becoming something of a farce as clubs are either coming straight into matches this weekend on the back of little or no training or having to make the difficult decision to pull out of the competition altogether, whether for safety reasons given the lack of competitive games or having to travel across tier boundaries or because playing behind closed doors simply isn’t feasible.

But all is not lost locally as matches below the National League System can take place in front of spectators so perhaps a bigger crowd than usual will be making their way here...

WE'RE BACK! And spectators are permitted!

Posted by Affordable Football at 21:01 No comments:

This week's announcement, both of what Tier each part of England would be placed in after the end of the current restrictions on 2nd December and as to what the measures in each tier will entail, has left football clubs reeling.

Taking Tier 3 first and the major impact here is that no spectators are allowed at any level of the game whereas previous restrictions under this tier still meant that fans could watch matches below National League level.

Clubs had put in place numerous protocols and measures to welcome supporters back and the games were a two-way lifeline, financially for the clubs and a welcome diversion for those watching.

Having done all this, on the back of the various fundraising efforts to get them through the first lockdown, its a huge ask of officials and volunteers to 'go again' in modern football parlance, especially when the new tier system has no real end in sight, the promise of a review every two weeks seemingly little more than kicking the can down the road a little.

Supporters can return in Tier 2 areas, welcome news for clubs in Leagues One and Two and the National Leagues (and I'm delighted for those who made a financial commitment in the summer) but the accompanying restriction which will close the vast majority of bars and clubhouses takes away with the other hand what the admittance of fans gives back.

A number of leagues are set to push back their restart date but the next round of the FA Vase will still take place next weekend, albeit behind closed doors for many clubs.

Great work will go behind the scenes to get these games seen in one form or another, Hanley Town of the North West Counties League for instance are looking to live stream their tie with Deeping Rangers, but it means more hours and more hard work for volunteers.

Posted by Affordable Football at 20:18 No comments:

Grassroots, or 'non-elite' football in England emerges from its four-week hibernation next Thursday with the following weekend seeing a mixture of FA Vase, league and friendly matches scheduled across the various areas of the country.

But the first game back could well be a friendly between Portsmouth-based Baffins Milton Rovers and Chichester City on Thursday 3rd December at 7.30pm with admission priced at £3 for adults and free of charge for everyone else.

Looking more generally,  there is still a litle bit of confusion as to whether spectators will be allowed back to matches in Tier 3 areas when they are announced.

At 'elite' level no fans will be able to attend games in Tier 3 areas (with 2,000 allowed in Tier 2 and 4,000 but prior to the current lockdown this hadn't been the case further down the pyramid

Posted by Affordable Football at 21:30 No comments:

📹 | We're back on Saturday and so is our FREE live stream!

Posted by Affordable Football at 21:10 No comments:

In keeping, perhaps, with the myriad of different systems and tiers in place across the UK, the footballing landscape is a very patchy picture at present.

England's current lockdown is scheduled to end on 2nd December and, in the absence of any real road map as to what happens next, clubs and leagues below National League level are tentatively making plans to restart either immediately on the weekend that follows or on Saturday 12th.

Higher up the pyramid the government, keen on some better headlines maybe, are hinting that lower tier areas may see supporters back at matches before Christmas but crisis point is surely approaching for a number of EFL clubs.

In Scotland, clubs in the Highland and Moray areas who play in the Highland League (around two-thirds of the teams) are poised to welcome home fans back through the gate when the new season makes its belated bow on Saturday 28th November.

Its counterpart, the Scottish Lowland League, is underway but behind closed doors and a tightening of restrictions in many of the areas where its clubs are based, announced by Nicola Sturgeon on Tuesday, means the prospect of fans coming back seems as far away as ever.

Clubs are working wonders to try and get games streamed live and the Donate A Ticket website continues to prove a lifeline for many.

And some good news from Wales where lower league clubs were finally able to take to the field at the weekend, albeit in friendly matches with no spectators, which meant a return of football in Rhyl as CPD Y Rhyl played their first ever fixture having risen from the ashes of Rhyl FC.

Posted by Affordable Football at 20:46 No comments:

Amidst hopeful talk of a 'return to normal' by spring, for clubs below 'elite' level in England there is an earlier date to focus on.

With current restrictions due to end on 2nd December leagues around the country are making plans for a resumption.

Having shown that matches can be staged in a safe, secure environment, even in areas under Tier 3, the hope is that the current break will not have too detrimental an impact on the campaign overall.

Lots of ifs and buts remain, of course, but the optimistic football fan can at least think about those grounds tbat he or she either want to get back to or visit for the first time.

Of help in that regard may be a new coffee table book, British Football's Greatest Grounds, by Mike Bayly that has caught my eye on twitter.

I asked six well-known fans to comment on one of their favourite grounds in the book. First up, @camsell59 offers some warming words about @Towlawtown's Ironworks Road.

The above tweet was a timely one as Harry Pearson's new book 'The Farther Corner' came through the post recently and will take me on an affectionate tour of Northern League grounds over the next few weeks before, hopefully, the football can begin again.

Posted by Affordable Football at 21:35 No comments:

But There's Hope in the Highlands

Back in July I wrote about the Highland League's decision to delay the start of their 2020/21 season, at the time to mid-October, as they waited for the green light from the Scottish government both for football to resume and spectators to be allowed in to matches.

A further decision was then taken to push back the start to 28th November and for a 16-game league season (each team playing each other once) to allow some leeway for completing the campaign.

Earlier this week the clubs voted to go ahead with that plan in the wake of the Highland and Moray regions being placed in Tier 1 of the government's coronavirus system which means limited numbers of people able to come through the turnstiles.

Good news on the face of things but nobody involved with either the league or its member clubs is under any illusion as to the problems that may come up.

With Aberdeenshire in Tier 2 it means six teams currently cannot admit spectators, those that can will have a raft of new guidelines to implement (my dad is a volunteer at one such club and I know at first hand the amount of planning that has taken place and will continue to do so) and there remains the prospect of a tightening of restrictions.

"The decision is not without some trepidation," admitted league secretary Rod Houston to the Press & Journal but the alternative, of a blank season, was too much to contemplate.

Posted by Affordable Football at 20:27 No comments:

Saturday evening's announcement of a new national lockdown in England looks set to herald an enforced a four-week break for the non-league game below the National League.

Confirmation hasn't come through at the time of writing but the guidance all points to any sport below 'elite' level being suspended.

With schedules already tight, and many games already falling foul of Covid-19 guidelines, the worst-case scenario of another season that doesn't end will now be entering people's thoughts.

But leagues up and down the country are better prepared than back in March and have been able to at least discuss the various scenarios that could be thrown up.

To have had the football that we have had since September has been a blessing in many ways, a genuine morale-booster such that a televised Premier League game could never replicate.

Clubs have suddenly had to become experts in online ticketing, one-way systems and track and trace apps and hopefully all that hard work will not go to waste.

Posted by Affordable Football at 12:17 No comments:

Posted by Affordable Football at 20:44 No comments:

A Hunger for the Game

Over the weekend I followed on social media as both Hallam FC and North Ferriby of the Northern Counties East League sold out of tickets in just 15 minutes for their respective home matches this midweek.

Both clubs are currently permitted 300 spectators inside their grounds and the demand to see live football, in a secure, friendly environment, is being replicated it seems across England at non-league levels.

Since then, however, Hallam have been forced to postpone the game due to a Covid-related issue, indicative of the new challenges being faced by clubs (in addition to Hallam now being in a Tier 3 area) but the reaction to it also reflects the generosity being shown by fans of clubs both big and small as many of those who had bought tickets then donated their refund to the Sheffield Children's Hospital.

That support for good causes is also being reflected up and down the country, from the campaigns that have made headlines, such as Marcus Rashford's or the pay-per-view boycott, to countless smaller examples like the money raised this week by Bradford City fans for their FA Cup opponents Tonbridge Angels as spectators have not been permitted to attend the match.

Posted by Affordable Football at 20:39 No comments: